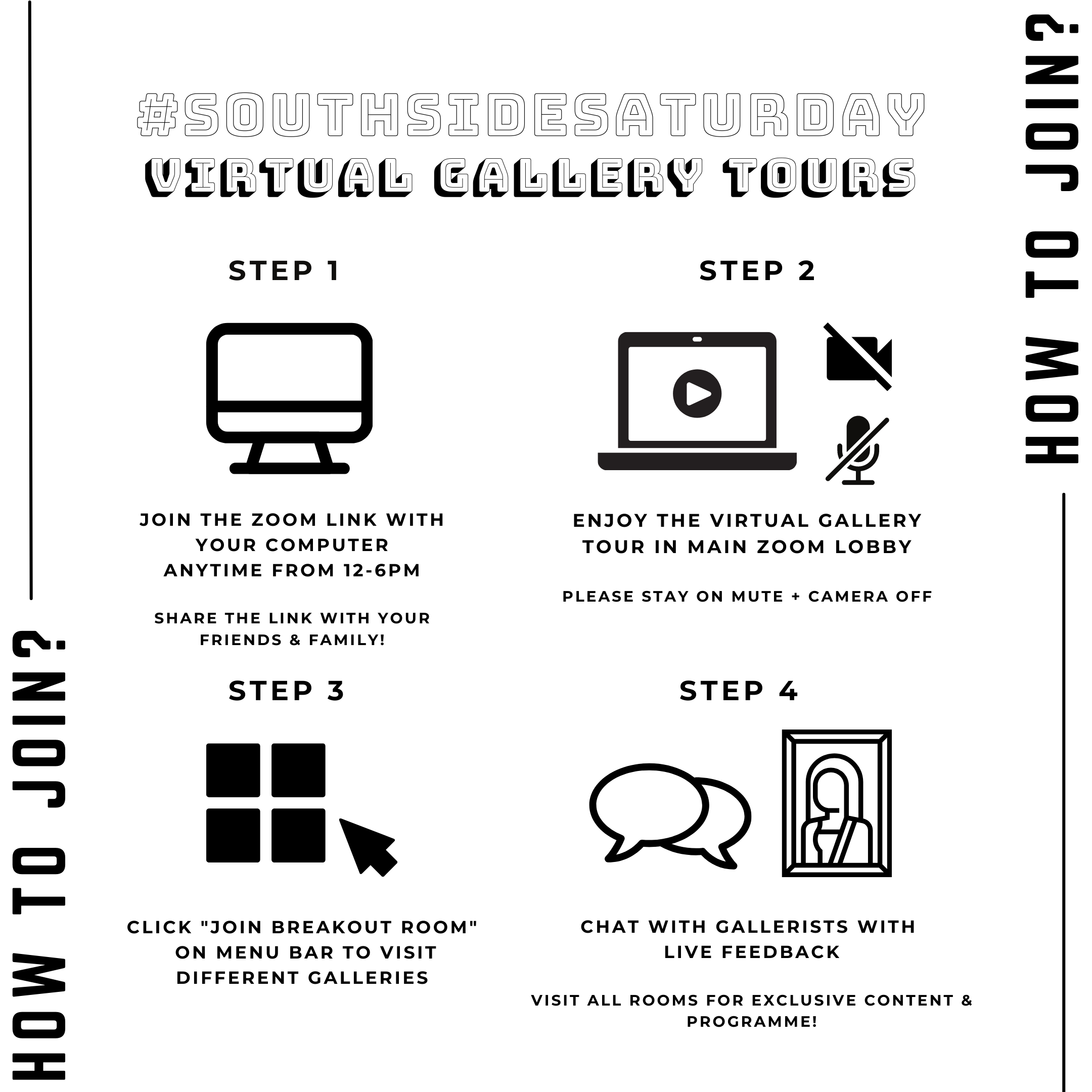 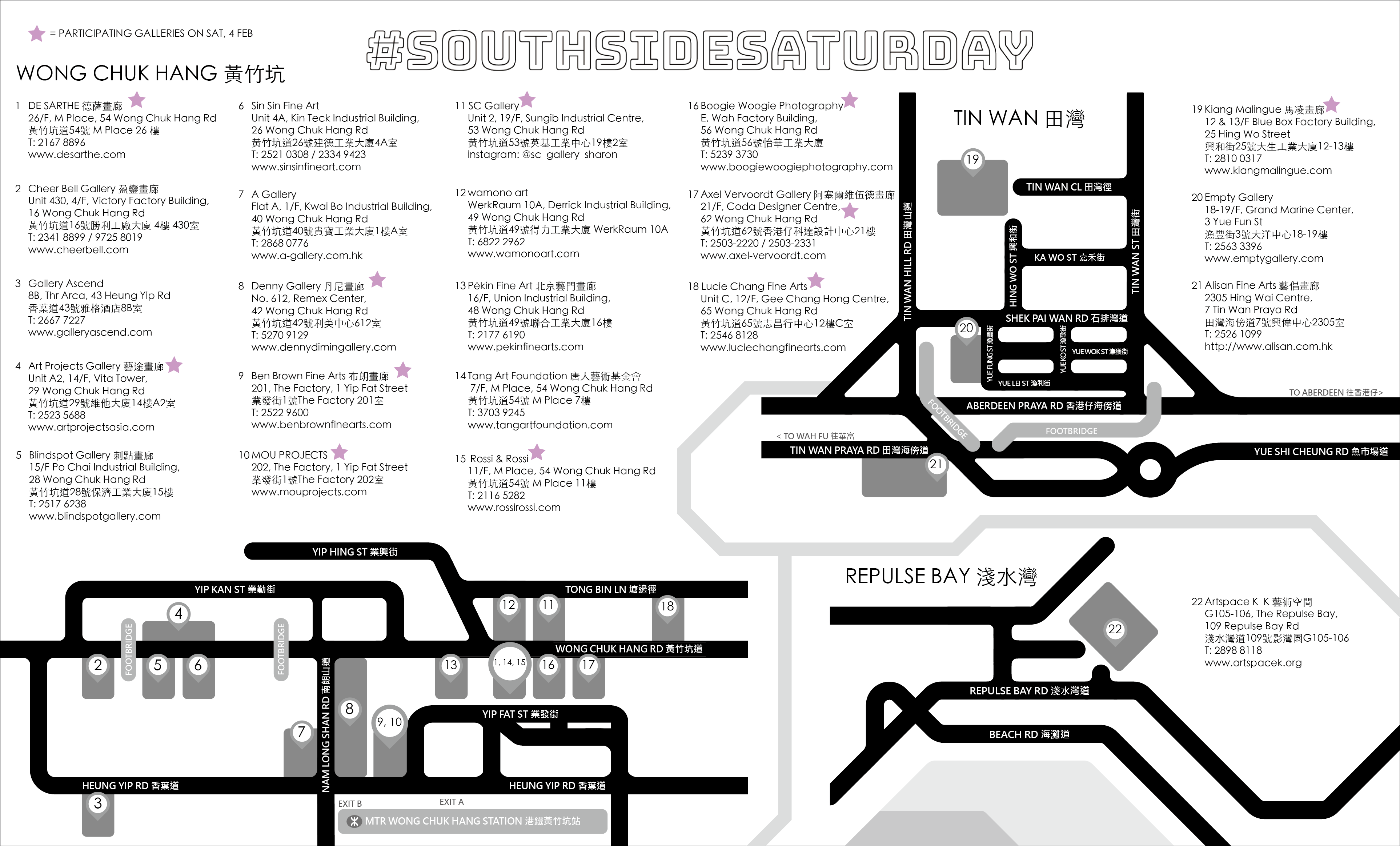 ‍About #SouthsideSaturday
‍HKAGA, together with its gallery members in Wong Chuk Hang, Tin Wan and Repulse Bay, launched the #SouthsideSaturday as an effort to put together a roster of happenings in Southside galleries on the first Saturday every month. These happenings range from interactive events over a designated time to more passive events that allow visitors to experience something at their own pace, including talks, screenings, special displays, sketch sessions and more. All events are free unless otherwise specified.

NICOLE WONG - Cotton in the Ears, Furball in the Throat

SADAHARU HORIO - A Trace of Time

XINYAN ZHANG - Out of the Time